I was raised in a small town and farming community in Iowa with six brothers and sisters.  My mother was a teacher in a one room schoolhouse but for most of her life was the manager of a senior center and meal site.  My father was a postal worker.  I received a Bachelor’s degree with Honors in Sociology and a Masters degree in Criminal Justice and Corrections from the University of Iowa.  My law degree was from Western Michigan University Law School in Lansing, Michigan.  I worked my way through graduate school and law school by running my own moving service.

Initially I worked for over five years for the Legal Aid Society in Marion, Delaware, and Morrow Counties.  At Legal Aid, my practice was mostly domestic relations and representing senior citizens.  I moved to Newark in 1996 when I began working as an attorney for the Licking County Child Support Agency; and worked as a child support attorney for nearly 13 years.

In 2009, I resigned from the Child Support Agency to begin a private practice with an office in Newark.  My private practice has been mostly in the field of domestic relations.  I attend the Heath Church of Christ and I am an active volunteer in the Pro Bono Legal Clinics sponsored by various churches and Legal Aid.

In addition to my practice as an attorney, from 2007 until 2013, I also worked for Lowe’s in Heath, Ohio doing customer service, working in the flooring department, and handling deliveries.  Some may think it odd for an attorney to work for Lowe’s, but I enjoyed the work and being able to connect with people outside of a law office.  Personally, I believe that hard work is good for a person, and I think that the fact that I worked for Lowe’s for six years while practicing as an attorney shows my dedication to work.

Like many people in this community, I have had to work hard for everything I have accomplished. That work ethic is what I bring to my law practice and my clients.

Belief in God, family, and the people of this community are what I value. 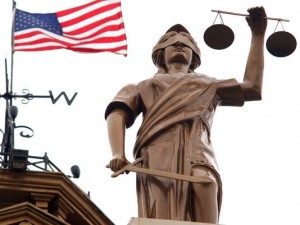